InsightsAudio and Video Records – are they legal?

INSIGHTS: Audio and Video Records – are they legal? 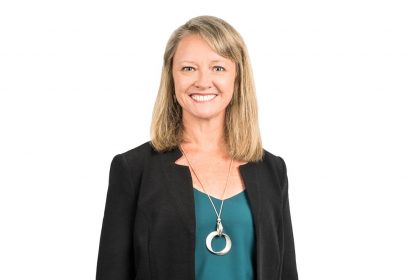 It may seem an easier way in this technologically savvy world we inhabit, to simply record information or other data about patients, either by audio or visual means. This is attractive as records are correct and comprehensive and may be utilised in the defence of any complaint. However, there are legalities surrounding such records and as a guide, we address these below.

The law surrounding audio recordings differ across each state and territory.

The definition of a ‘listening device’ is wide. It generally includes anything used to overhear, record, monitor or listen to a private conversation, such as mobile phones or dictation devices. It does not include hearing aids or other similar devices.

A ‘private conversation’ is one where the parties may reasonably assume that they don’t want to be overheard by others or the circumstances indicate that either of the parties wanted it to be confined to the parties.

If sensitive information is discussed, such as health information, this certainly constitutes a private conversation. It would be unusual for any conversation between a patient and a health practitioner not to be private.

In summary, it is normally against the law to record a phone call or conversation without the other person’s consent. Secretly using a listening device such as a mobile phone or digital recorder and publishing or otherwise distributing that material can amount to a criminal offence.

However, it is legal in all jurisdictions to record a phone call if all parties to the phone call consent. A person is ‘a party’ to a private conversation if words are spoken by them or to them in the course of the conversation.

It is best to obtain such consent in writing in case there is a complaint lodged as a result. However, it is possible for consent to be implied. Implied consent occurs if a reasonable person would assume consent. For example, one person on a group call states that the conversation will be recorded and there is no objection made after a reasonable time. This will imply consent by all parties involved. The difficulty is, however, proving such consent if required.

There are also some exceptions if the recording is in the public interest or to protect the lawful interest of one of the party – such as if the person has a reasonable fear for their safety.

Recording conversations in breach of the law could result in a criminal charge. Punishment can include penalty units (or fines) and imprisonment.

The use of illegally recorded conversations is limited too. Generally, if a recording has been obtained illegally it cannot be used as evidence in Court proceedings where the laws of evidence apply. The various states’ and territories’ legislation dealing with the admissibility of evidence in Court proceedings does allow for certain exemptions (for example Evidence Act 1995 (NSW)).

In jurisdictions where the laws of evidence do not apply, principles such as natural justice and due process may restrict the use of such evidence.

In making the assessment as to whether to allow illegally obtained evidence, the presiding judge or member will look at a number of factors including the importance of the evidence in the proceedings, the gravity of the unlawful conduct used to obtain the evidence, and the seriousness of the offence to which the evidence relates.

In a professional environment, clinical photographs and videos can legally be used for clinical, academic and research purposes. In some cases, they may be used for commercial purposes, such as in advertisements.

There is no doubt that the use of photographs and videos (and even audios) can be a crucial aspect to clinical management of a patient, far more forensic and beneficial than wordy descriptions of the size, position, brightness or colour of a lesion or other clinically relevant aspect (although such imaging should be accompanied of course by a written record of aspects not clear on the imaging, such as dimensions, sensory changes and history provided by the patient). The benefits for comparative purposes are immeasurable.

Similar to any other sensitive information, such imaging must be stored and used in compliance with Principle 3 of the Australian Privacy Principles (“APPs”). Health practitioners need to be diligent about the storage and the distribution of any such imaging, to restrict misuse and protect privacy.

An additional aspect to the use of imaging, related to the requirements surrounding use and storage of sensitive information, is the issue of consent. In line with a patient’s autonomy to agree to or refuse treatment, a patient should provide their consent before an image or audio is taken of them. Care should be taken particularly for children.  While the mental capacity of a teenager may be determined adequate to agree or refuse treatment, in the absence of parental or guardian consent, the taking of an image requires particular care in light of the potential for allegations of possessing and even distributing inappropriate material. These can themselves lead to criminal charges.

It is paramount that any imaging is clinically justified and that this justification is documented clearly and consent from the appropriate person recorded.

Fundamental principles such as patient dignity should be complied with. If the imaging requires the removal of clothing, particularly involving a sensitive area, the offer of screens, towels or gowns should be made. It is also recommended that the practitioner and staff leave the room during such undressing and dressing. The offer of a chaperone may be considered. Third parties should not be involved, unless specific consent is provided.

It is important to remember that a patient can at any time withdraw their consent. They should be advised of this entitlement. In such cases, the practitioner must take all timely and reasonable steps to destroy the imaging and any copies made and request any recipients of such imaging to do the same.

The value of using imaging for training purposes is clear. Although consent for this is not always obtained prior to taking the images, it is important to obtain consent from the patient, or substitute, prior to the dissemination of them.

Naturally, the same requirements regarding the storage and use of such material in compliance with the APPs must be met.

The rights of the individual patient must be upheld, balanced carefully against the common educational good.

Theses, dissertations, articles and publications often are enhanced by photographs/videos/audio clips to substantiate their research value. It is extremely important, as such publications are easily and sometimes unintentionally launched into the public domain, that confidentiality is upheld.

Any detail that can identify a patient (such as remarkable birth marks, dates of birth or the like) must not be published.  Written consent is the best form of protection.

The nonmedical use of recorded images for advertisement or commercial purposes is an ethical and legal quagmire.

At first blush, the motivation behind such imaging is for self-promotion and commercial gain, with no identifiable benefit to the patient. It is wise to seek legal guidance for such conduct.

To reduce any issues arising from recording or imaging, consider the following:

This article was written by Principal Nevena Brown. Please contact Nevena if you have any questions or would like more information.

Disclaimer: This information is current as of February 2020. This article does not constitute legal advice and does not give rise to any solicitor/client relationship between Meridian Lawyers and the reader. Professional legal advice should be sought before acting or relying upon the content of this article.