INSIGHTS: Dealing with complex facts in assessing contribution for an asbestos exposure injury 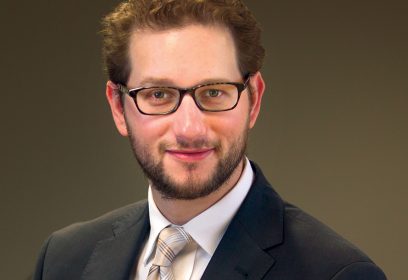 The Supreme Court of Victoria decision of Swiatek, handed down on 21 December 2016, provides an insight into how the courts deal with complex issues of factual causation and contribution involving multiple defendants in a case relating to an injury resulting from ongoing exposure to asbestos over an extensive period of time.

The plaintiff was born in 1960 and grew up in Sunshine North where he attended primary and high school. Located within 1 km of the plaintiff’s home, primary and secondary school was a factory that produced asbestos sheets. The factory operated from prior to 1960 until production ceased in 1982.

A dust extractor unit was located next to the panel sizer and cover strip machines, which consisted of a large fan with a water sprayer to turn the dust into sludge which was then binned and emptied at the rear of the factory premises. The sludge would dry over time and dust would disperse into the atmosphere.

A factory worker gave evidence at trial that the water sprayer would occasionally clog and stop working and that if this occurred in the afternoon or at night then the machines would continue to operate and the dust would be released directly into the air.

The plaintiff gave unchallenged evidence that as a child he frequented a pond located on the factory premises a couple of times a week for approximately three to four years.  The pond contained tadpoles and flogs and was an inviting recreational place for children to play.  This occurred during the years the factory was operated by Seltsam/CSR.

The plaintiff gave further evidence that older kids would ride their bicycles in and around the factory premises and would use discarded asbestos waste mounds as jumps. This would cause dust to be stirred up into the air.

During his high school years the plaintiff walked or ran to school via a route that took him close to the factory on a daily basis. He would also run after school in the area. When he turned 18 (i.e. in 1978) the plaintiff obtained his driver’s license and soon after commenced working in Tullamarine.

In around 1979 James Hardie covered a large area at the rear of the factory premises, where cement and sludge had been deposited, with topsoil and grass.

The issue at trial

The plaintiff’s claim against the defendants was settled prior to trial. The case proceeded on the question of apportionment of contribution between Amaca (formally James Hardie & Coy), Seltsam and CSR.

It was agreed at trial that the factory caused asbestos fibres to be disbursed into the surrounding area of Sunshine North and that the plaintiff was exposed to inhalation of fibres by living and being in the area. It was further agreed that the plaintiff was exposed to asbestos fibres by reason of the waste dumped at the factory premises where he attended to play at the pond.

It was agreed between the defendants that for the purposes of assessing contribution there was no difference in relative negligence between defendants. The question for determination by the court was:

…assessment of the relative importance of the acts of the remaining defendants in causing the damage suffered by the plaintiff or, as it was put by counsel for the first defendant, the ‘causal potency’ of the negligence of each defendant.

Seltsam and CSR were treated as one entity for assessing contribution. Therefore, the task before the trial judge was to determine the extent to which the 1960–1977 period of factory operation contributed to the plaintiff’s injury and damages, as distinct from the 1977–1983 period (taking into account clean-up works prior to sale of the factory in 1984).

Analysis of the issues at trial

Amosite containing waste continued to be deposited at the factory premises after 1977 from corrugated sheet waste, but exposure to amosite was significantly reduced after 1977 because amosite dust was no longer being released into the atmosphere from the sizer and bevel edge machines.

The plaintiff’s exposure to amosite (and other forms of asbestos) from the factory was further reduced:

It was held that exposure to asbestos as a result of clean-up works between 1982 and 1983 was significantly less than in earlier years.

It was therefore established that the plaintiff was exposed to significantly greater quantities of amosite asbestos fibres from dust released into the atmosphere and waste sludge and discarded panels dumped at the factory site during the 1960 to 1977 period than from the factory’s activities from 1977 to 1983.

The judge adopted the approach to apportionment as described by Gibbs CJ, Mason, Wilson, Brennan and Deane JJ in Podrebersek as follows:

A finding on a question of apportionment is a finding upon a ‘question, not of principle or of positive findings of fact or law, but of proportion, of balance and relative emphasis, and of weighing different considerations. It involves an individual choice or discretion, as to which there may well be differences of opinion by different minds.

His Honour reduced Amaca’s relative contribution further based on the following factors:

The trial judge found that of the factory’s contribution to the plaintiff’s injury and damages, 12% was attributable to Amaca (formerly James Hardie) and 78% to Seltsam and CSR.

The case highlights the importance of facts and details of prevailing circumstances when it comes to apportioning contribution many years after the fact for an injury resulting from repeated exposure to a substance over an extensive period of time, and where multiple defendants are involved.