InsightsMedication Misadventure – Methotrexate: A reminder to pharmacists to exercise independent judgment about the safety of a prescribed medicine.

INSIGHTS: Medication Misadventure – Methotrexate: A reminder to pharmacists to exercise independent judgment about the safety of a prescribed medicine. 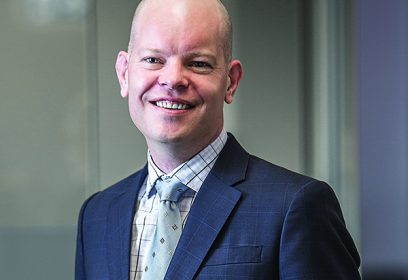 This article was originally published as a PDL Practice Alert. It was written by Scott Ames, Principal and PDL Professional Officers, John Guy and Gary West.

A recent inquest into the death of an elderly patient in Victoria [1] has put a spotlight on a pharmacist’s duty to exercise independent judgement when dispensing medication.

On 29 January 2015, at a routine visit with his General Practitioner (GP), a 77 year old patient complained of a flare-up of psoriasis, a non-life-threatening skin condition. His GP prescribed the potent chemotherapy drug methotrexate at a daily dose. Methotrexate is sometimes used to treat severe recalcitrant psoriasis by way of a single weekly dose.

The patient took the methotrexate for several days, which ultimately led to his decline. Two weeks later after his systems began to fail, he died. The cause of death was noted as, ‘Complications of methotrexate toxicity in a man with chronic renal impairment, chronic obstructive pulmonary disease, cardiomegaly and ischaemic heart disease.’

The unfortunate events that transpired in this case emphasises that pharmacists need to exercise independent judgement when dispensing medication. Pharmacists are independent health care professionals. They perform a vital role in preventing inappropriately prescribed medication from reaching patients. The Pharmacy Board of Australia’s Guidelines for Dispensing of Medicines (September 2015) relevantly state:

In dispensing a prescription, a pharmacist has to exercise an independent judgement to ensure the medicine is safe and appropriate for the patient…
At all times the dispensing of a prescription or any other action taken by the pharmacist, must be consistent with the safety of the patient.

The Coroner found that the Guidelines make it clear that the ultimate decision of whether to supply a prescribed medication rests with the pharmacist.

the facts of this case compels an adverse finding against both the GP and the pharmacist… the patient died because a dangerous drug was inappropriately prescribed and then dispensed. The fact that the drug was intended to treat a non-life threatening skin condition makes his death all the more tragic and the decisions to prescribe and dispense all the more inexplicable.

When discussing steps that may be taken to prevent inappropriate dispensing, the Coroner said:

“Doctors and pharmacists should trust and respect each other, whilst retaining their independence.” said the Coroner

It is a well-established principle that the role of the pharmacist is to be a check and balance for any prescription written by a qualified practitioner. It is the pharmacist’s duty to raise a concern if he or she believes there is a problem with a prescribed item.
The medicine should not be dispensed until the pharmacist believes it is safe to do so. If a discussion with the prescriber fails to resolve the situation, the prescription could be annotated with a brief reason for declination and the consumer directed back to the prescriber.

A pharmacist has every right to refuse to dispense what is considered an unsafe prescription provided it is done in an appropriate manner with due care being given not to undermine the prescriber or question their competence.

Pharmacists should always remember that it will be their initials on a dispensed prescription if a problem occurs.
When faced with a conflict between the prescriber and the risk of harm, here are some tips to observe:

Methotrexate is a potent agent that has been linked to at least 224 deaths in Australia between 2000 and 2014. For this reason, extreme care should always be exercised when a prescription for this drug is presented. When thinking of methotrexate, weekly dosing comes straight to mind but this is only one consideration in preventing incidents involving this potent drug.

A recent incident occurred where methotrexate was dispensed correctly but a wrong label was attached to the bottle. Another medicine was dispensed at the same time but the two labels were transposed which resulted in the methotrexate being labelled with directions that stated the dose was one tablet daily. This daily dosing led to the patient being hospitalised in a critical condition.

Another source of methotrexate misadventure involves the supply of methotrexate injections. The injectable form is available in many strengths including 10mg/0.2ml and 50mg/2ml. In a recently reported incident, the 50mg/2ml was incorrectly supplied instead of the 10mg/0.2ml and the full amount was injected resulting in a fivefold overdose. Fortunately, the patient was not adversely affected on this occasion.

Other incidents reported to PDL include the packing of methotrexate daily in a DAA instead of once weekly. This packing error is sometimes difficult to detect as folic acid tablets are a similar shape and colour to some forms of methotrexate tablets. PDL would strongly urge pharmacists to consider packing methotrexate in a separate DAA to ensure this medicine is clearly identified by packing technicians, pharmacists and patients.

Following the recommendations of the Coroner, the Therapeutic Goods Administration (TGA) has worked with the sponsor of Methoblastin to add new warnings.

This article was written by Principal Scott Ames. Please contact him if you have any questions or if you would like further information.

Disclaimer: This information is current as of July 2018. This article does not constitute legal advice and does not give rise to any solicitor/client relationship between Meridian Lawyers and the reader. Professional legal advice should be sought before acting or relying upon the content of this article.